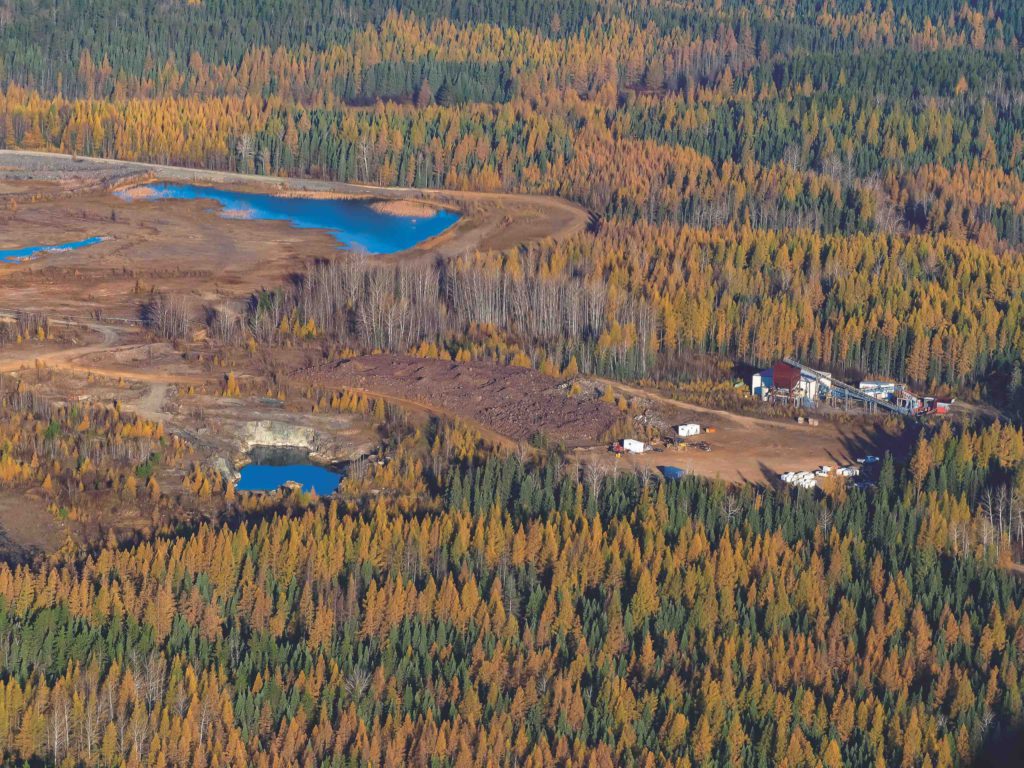 The Australian junior’s latest drilling campaign at Pickle Crow in northern Ontario, about 400 kilometres north of Thunder Bay, intercepted high-grade mineralization and increased the project’s JORC-compliant mineral resource by 30%, adding 514,000 oz. of gold to the previous estimate in June 2021.

Cooke says that Auteco’s substantial investment in drilling since it assumed control of the property in March 2020 has resulted in “rapid and low-cost growth in the resource at Pickle Crow and has added 1.23 million oz. of gold at an average discovery cost of A$17.58 ($16.48) per oz. of gold in just 16 months.”

The drilling “targeted both resource growth and early-stage exploration and allowed us to make remarkable progress in discovery and extension of the mineralized vein system,” he said. “The speed and relatively low cost at which we’ve been able to grow the resource demonstrates the quality of the project and the massive potential for growth of the orebody.”

The updated resource estimate includes drill results from 29,883 metres of a 50,000-metre diamond core drill program that started last June and focused on near-mine discovery, extension of the known mineralized veins, and infill drilling to define the orebody better.

Gold was first discovered at Pickle Crow in the early 1930s. From 1935 to 1966, the Pickle Crow mine produced 1.5 million oz. of gold at 16 grams gold per tonne and remains one of Canada’s highest-grade historic gold mines.

The 500-square-kilometre Pickle Crow property lies within the prolific Uchi subprovince of Ontario, which hosts several world-class gold mines and deposits. These include Evolution Mining’s (ASX: EVN) Red Lake underground mine, about 250 kilometres west of Pickle Crow; the Musselwhite underground mine, about 120 kilometres to the north, owned by Newmont (TSX: NGT; NYSE: NEM); and First Mining Gold’s (TSX: FF; US-OTC: FFMGF) Springpole project, one of the largest undeveloped deposits in Canada, 150 kilometres to the west.

According to Cooke, the mineral resource lies within a 2.8-kilometre zone of the northeast trending core mine shear zone. The ore zones are interpreted to extend beyond a depth of 1,500 metres based on historical drilling on the property.

“This blend of narrow and bulk styles of mineralization has the potential to provide us with considerable operational flexibility, with the sulphide resource hosted by the BIF amenable to bulk mining methods including open-pit extraction and bulk underground mining,” he said.

In addition to the potential scale and grade of the resource at Pickle Crow, Cooke says the project also benefits greatly from being located in a tier-one mining jurisdiction.

“The project can be accessed year-round via a paved road that connects with State Route 590, is only a few hours’ drive from the airport at Sioux Lookout, and has a power line running through the property that would provide the project with clean, inexpensive hydroelectricity,” he said. “The long history of mining in the region also offers the project with a skilled workforce close at hand.”

The property also contains an existing 225-tonne-per-day processing plant. Constructed in 2004 but never commissioned, the plant consists of a crushing circuit, ball mill, and concentrators.

Cooke said that “this inherited infrastructure provides a pathway to a low-capital, staged start-up production and the potential for early cash-flow generation.”

“We have options to restart the plant and generate early cash flow as we continue to define the size of the geological system and determine the right-sized infrastructure that will be required to maximize economic returns in the long term. Options include a re-start and upgrade of the processing plant to 900 tonnes-per-day and to add carbon-in-leach processing to the existing gravity circuit, which could be achieved for as little as $40 million.”

Auteco plans to complete the 50,000-metre drill program on Pickle Crow over the next few weeks. It has five drill rigs turning, two of which are focused on extending the current resource area and three are focused on regional exploration targets outside the historic mine area.

At the close of 2021, Auteco had A$10.5 million ($9.8 million) in the treasury and recently added an additional A$20 million ($18.7 million) via a capital raising “so we are well-funded to continue our exploration and resource growth program at Pickle Crow,” said Cooke.

The company also has a joint venture on the Limestone Well vanadium-titanium project in Western Australia.

The preceding Joint-Venture Article is PROMOTED CONTENT sponsored by AUTECO MINERALS and produced in cooperation with The Northern Miner. Visit www.autecominerals.com for more information.