Kenorland Minerals’ (TSXV: KLD) Frotet project in the Frotet-Evans greenstone belt of Quebec, 100 km north of Chibougamau, is shaping up to be […]
By Magda Gardner June 28, 2021 At 4:09 pm 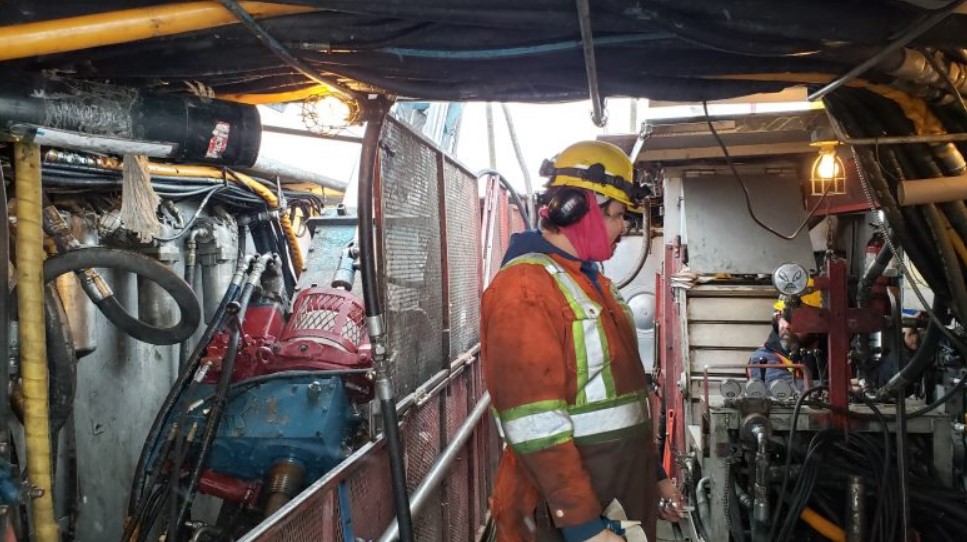 As exploration has advanced at Regnault, he continued, “we’ve defined a footprint covering an area of two kilometres by 500 metres that hosts high-grade mineralisation along multiple structures.” Following completion of the 2021 winter drill program in May, Sumitomo Metal Mining Canada Ltd., a wholly-owned subsidiary of Japanese miner and smelter Sumitomo Metal Mining Co., has increased its stake in Frotet to 80% as part of an earn-in option agreement by providing an additional $4 million to fund further exploration. A joint venture between Kenorland (20%) and Sumitomo (80%) will now advance the project, with exploration funded on a pro-rata basis. Kenorland will continue as the operator of the project, receiving a 10% management fee on the overall budget. Kenorland and Sumitomo plan to conduct up to 20,000 metres of additional diamond drilling at Regnault, including infill and step-outs on the R1 vein, as well as targeting additional mineralized structures within the Regnault trend. This next phase of exploration is slated to begin in July. “We’re now moving into a more advanced phase of drilling that is designed to systematically infill and step out horizontally and vertically further along the R1 structure,” explained Flood. “Up to 10,000 meters of drilling will go directly into R1.” Kenorland also plans to conduct surface exploration of its 161,025-hectare Chebistuan project in the northern Abitibi greenstone belt of Quebec, 30 km west of the town of Chibougamau. The program will collect 800 infill B-horizon soil samples and 220 C-horizon till samples. Gold major Newmont (TSX: NGT; NYSE: NEM) will fund the program under an exploration agreement that includes a joint venture option. Under the agreement, Kenorland remains the operator of the project. “We’re looking forward to working with Newmont to advance this extensive greenfield exploration project, where we plan to take the same approach as that adopted at Frotet,” said Flood. In addition to Chebistuan, Kenorland has multiple other greenfields projects in Quebec and Ontario, including Chicobi, located in the central Abitibi Greenstone Belt, which is also optioned to Sumitomo Metal Mining. On the other side of the continent, Kenorland is ramping up exploration in Alaska. The company has recently kicked off a 4,000-metre initial diamond drill program on the Healy Project in the Goodpaster District of Alaska near the world-class Pogo gold mine owned by Northern Star Resources (ASX: NST). The drilling is designed to test multiple large-scale gold in soil anomalies which were initially identified by Newmont in 2012 and 2013. Kenorland optioned the project from Newmont in 2018 and has conducted multiple exploration programs since then to refine drill targets. Also in Alaska, the company is advancing drill targets on its advanced stage Tanacross porphyry copper project, located near the border of the Yukon. The company plans to test these targets towards the end of the summer, wrapping up a very active field season in the state. “If there is one thing that’s certain, there is no shortage of exciting and impactful exploration happening in 2021,” said Flood. “Our goal is to make more discoveries, and to do that, we are pursuing aggressive exploration on multiple fronts.” The preceding Joint-Venture Article is PROMOTED CONTENT sponsored by KENORLAND MINERALS and produced in co-operation with Canadian Mining Journal. Visit www.kenorlandminerals.com for more information.