LEGAL CONCERNS: What the Nevsun human rights case means for other Canadian miners

A recent Supreme Court decision pertaining to Nevsun Resources could have big implications for other Canadian mining companies with foreign operations, opening […]
By Alisha Hiyate April 13, 2020 At 3:20 pm 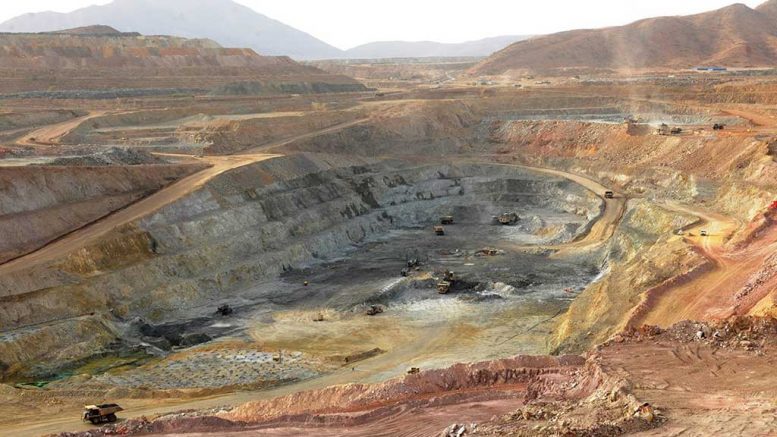 The Bisha mine in Eritrea, was built by Nevsun Resources, which was acquired by Zijin in 2018. Credit: Zijin Mining The Bisha mine in Eritrea, was built by Nevsun Resources, which was acquired by Zijin in 2018. Credit: Zijin Mining[/caption] A recent Supreme Court decision pertaining to Nevsun Resources could have big implications for other Canadian mining companies with foreign operations, opening them up to human rights claims stemming from their operations abroad. The lawsuit against Nevsun, Nevsun vs. Araya, alleges that the company was complicit in the use of forced labour by a sub-contractor at its Bisha copper-zinc mine in Eritrea. Nevsun, which was acquired in late 2018 by Zijin Mining Group, denies the allegations. At this point, the actual evidence against Nevsun hasn't been heard in court. However a 5-4 Supreme Court of Canada decision issued Feb. 28 has paved the way for the lawsuit to proceed in Canadian court. The decision marks the third time since the lawsuit was originally filed in 2014 that Canadian courts have said the case should proceed in Canada, dismissing challenges by Nevsun. Moreover, the decision has opened companies up new types of claims based on a novel legal theory that has never been tested in a final court decision, says Robert Wisner, a partner and co-chair, international arbitration at McMillan LLP. “In a nutshell, the Nevsun decision says that the company may be sued, and one of the grounds that it may be sued on is a theory of corporate liability which has never been accepted until this case by the Canadian courts,” Wisner says. He explains that rather than a typical common law tort claim, or a claim based on a civil code system from another country, which are both well understood, this new theory of civil liability has never been accepted on the evidence in any country, including Canada. The difference is that the Supreme Court decision now allows plaintiffs to bring legal actions based on breaches of customary international law – which is unwritten, and consists of generally accepted practices, such as prohibitions against slavery, forced labour and cruel and inhuman treatment. Normally, customary international law has been interpreted to apply to states rather than private parties such as companies. This doesn’t mean that this new way of looking at corporate liability will actually stand up in court – it remains to be tested when the Nevsun suit is heard. “I think many of us in the legal community who act for resource companies had hoped that the Supreme Court would actually provide some clarity,” Wisner said, adding, “We’re just at the early stages of what could potentially be broader liability, but it may ultimately be that the courts decide not to expand liability – we just don’t know yet.” Beyond human rights claims While the allegations against Nevsun are unusual, Wisner says the case could have implications beyond extreme cases and could apply to other claims against companies aside from those dealing with human rights. “It does open companies up to claims that are not what people would normally think of as human rights violations,” he says. “Customary international law covers a whole range of areas of international law – One could for example see an environmental claim advanced on the theory that there is duty under customary international law to take steps to protect the environment, and therefore, beyond whatever tort claim that may arise from an environmental disaster or whatever statutory claims may arise, you could see a theory being advanced that an environmental accident creates liability under customary international law.” Advice for miners For Canadian miners who have operations in areas with poor human rights, Wisner has several pieces of advice. “First of all, despite the impression that some people have, it is still important to pay attention to the separate legal status of a subsidiary company and to ensure that that is maintained,” he said. In addition to that Wisner says due diligence on social, environmental and human rights risks is essential when completing acquisitions of companies in affected areas. And for companies that do have operations in countries with higher human rights risks, it is important to take corporate social responsibility policies seriously. “They are by no means a panacea – they do not guarantee that you won't be sued and in some cases, in fact, plaintiffs have cited the express existence of corporate social responsibility policies to say that you should have been aware of a risk,” he says. “But the advantage of having a CSR policy and implementing it carefully is that it establishes a bit of a defence of due diligence if you're faced with a claim for negligence in tort or even if you're faced with a claim that you're somehow conspiring with a foreign state and that's a breach of customary international law. So I think due diligence, whether it's in the acquisition of assets or due diligence in terms of social and human rights policies is important for Canadian mining companies to maintain.” One potential spinoff outcome to watch for in the future is that Canada could receive cases now being litigated under the “Alien Tort Statute” in the U.S., as U.S. courts have made it difficult for these cases to proceed. “The question is whether that type of litigation that has been brought in the United States and has been shut down by the U.S. Supreme Court, is going to move north,” Wisner says. “Because the Canadian Supreme Court has basically invited plaintiffs to come up here, assuming that there are defendants that are present here.”