In an effort to diversify geopolitical risk and transform itself from a single-asset producer, Mexico-focused Alio Gold is buying Rye Patch Gold and its Florida Canyon […]
By Robert Seagraves March 26, 2018 At 4:13 pm 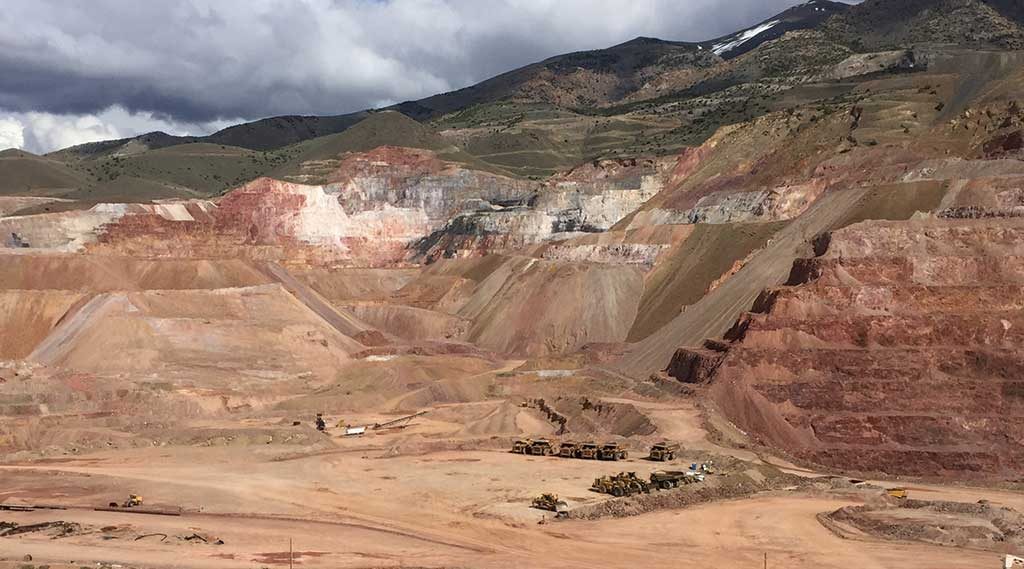 In an effort to diversify geopolitical risk and transform itself from a single-asset producer, Mexico-focused Alio Gold is buying Rye Patch Gold and its Florida Canyon mine in Nevada, one of two acquisitions announced this week of companies with projects in the mining friendly and prolific gold-producing state. Rye Patch’s 100%-owned Florida Canyon mine is a past-producing open pit, heap-leach operation that was restarted in December 2017. Alio Gold’s 100%-owned producing open-pit mine, San Francisco, is in Mexico’s Sonora state, and its fully owned development project, Ana Paula, is in the country’s state of Guerrero. [caption id="attachment_1003722532" align="alignnone" width="300"] Trucks at Rye Patch Gold’s Florida Canyon gold mine in Nevada. Credit: Rye Patch Gold.[/caption] “As two single-asset companies in a challenging precious metals market environment, this consolidation has the potential to improve valuations for both sets of shareholders,” Greg McCunn, Alio Gold’s CEO, said on a conference call, adding that the business combination “creates a platform to grow into a mid-tier gold company.” If the transaction is completed, the company will produce an estimated 165,000 ounces of gold this year from the two open-pit heap leach operations, Alio Gold says, basing its estimate on analyst consensus. “Combining the San Francisco mine, which is expected to produce between 90,000 and 100,000 ounces of gold this year, with Florida Canyon, creates a production profile which we believe can be expanded to 180,000 to 200,000 ounces of gold with minimal capital expenditures,” McCunn said. “Adding the potential 115,000 oz. per year from our feasibility stage Ana Paula project would create a plus-300,000-oz. per year mid-tier gold company with a pipeline of exploration and development projects.” In addition to the San Francisco mine and Ana Paula, Alio Gold has control of a 56,000-hectare land package along the Guerrero gold belt, and a portfolio of other exploration assets in Mexico, while Rye Patch’s other assets in Nevada include over 18,000 hectares of land along the Oreana Trend, with 100% interests in Lincoln Hill, an open-pit gold-silver project at the PEA stage, and Wilco, a gold silver project. Incremental free cash flow from greater annual gold production will also help Alio Gold finance construction of the high-grade Ana Paula project, McCunn noted. The combined pro forma entity will have about US$74 million in cash and equivalents and about US$29 million in total debt. Alio Gold and Rye Patch shareholders will own about 53% and 47% of the combined company, respectively. In addition, the larger company will have an enhanced capital market presence. “The combined company will have a pro forma market capitalization of over US$200 million, that’s an 88% increase for Alio Gold, with the potential for the combined entity to re-rate further with inclusion on various indices,” McCunn said. Under the proposed deal, each common share of Rye Patch will be swapped for 0.48 of a common share of Alio Gold, which implies a value of $1.57 per Rye Patch share, a 35% premium to Rye Patch shareholders based on the 20-day volume weighted average trading price of both companies. The offer values Rye Patch’s outstanding undiluted equity at about C$128 million. Alio Gold will issue about 39 million shares. The board of directors of each company have approved the proposed transaction. Alio Gold’s San Francisco mine produced 83,558 ounces of gold last year at all-in-sustaining costs of US$1,034 per oz. A prefeasibility study on Ana Paula outlined a mine life of 7.5 years and annual average production of 116,000 oz. gold and 166,000 oz. silver. Capital costs are estimated at US$137.2 million with an after-tax payback of two and a half years. Ana Paula’s total measured and indicated resources (amenable to open pit and underground extraction and inclusive of reserves) stand at 20.99 million tonnes averaging 2.17 grams gold for 1.46 million oz. contained gold and 4.8 grams silver for 3.27 million oz. contained silver. Rye Patch poured first gold at San Francisco in the second quarter of 2017. A January 2017 PEA outlined a mine life of 8.5 years producing 76,500 oz. gold annually for a total of 613,000 oz. gold over the life of the mine. Measured and indicated resources total 1.13 million oz. and the ore grade is 0.45 gram gold per tonne. In terms of exploration, and in addition to its land package in Guerrero, Alio Gold is developing an initial 5,000-metre drill program for its 100%-owned greenfield Ejutla project, near Fortuna Silver Mine’s (TSX: FVI; NYSE FSM) San Jose mine in the state of Oaxaca, which produced 7.5 million oz. silver and 55,950 oz. gold in 2017. Alio Gold’s exploration program will start next year and drill epithermal gold-silver targets. Rye Patch’s Lincoln Hill project, about 56 km southwest of Florida Canyon, is at the PEA stage. A 2014 technical report envisioned an open-pit operation with a heap leach processing plant handling both oxide and sulphide materials and producing a gold-silver dore. Lincoln Hill’s measured resources stand at 4.2 million tonnes grading 0.43 gram gold and 11.76 grams silver; indicated of 25,100 tonnes grading 0.38 gram gold and 10.76 grams silver; and inferred 20.82 million tonnes averaging 0.38 gram gold and 12.19 grams silver. Wilco, its large bulk-tonnage open-pit gold deposit, is geologically similar to Florida Canyon and has measured resources of 25.12 million tonnes averaging 0.41 gram gold and 3.81 grams silver; indicated of 89.03 million tonnes grading 0.33 gram gold and 3.11 grams silver; and inferred of 52.60 million tonnes of 0.32 gram gold and 3.61 grams silver. McCunn told analysts and investors on the conference call that Alio Gold has been very interested in Florida Canyon and had had discussions at high levels with Rye Patch for more than six months. “Florida Canyon is a relatively straightforward operation. It’s an open-pit mine with a reasonably low strip ratio, a fairly coarse crushing circuit — they are crushing to 1.25 inch — and a straightforward heap leach operation with reasonable metallurgy and good gold recoveries even at that coarse crush,” McCunn said. “Most of the challenges have been start-up related challenges, as well as a strained balance sheet has certainly hampered the company from getting up and running as quickly as they would like, but … we are encouraged by the asset, and it’s definitely an asset we’d like to own and have in our portfolio.”