Toronto’s Detour Gold Corp. says Paul Martin will be retiring as president and CEO effective June 1, 2018. Chairman Michael Kenyon will […]
By Marilyn Scales May 24, 2018 At 4:20 pm 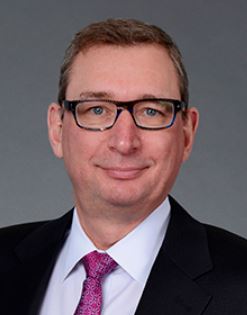 Paul Martin[/caption] Toronto’s Detour Gold Corp. says Paul Martin will be retiring as president and CEO effective June 1, 2018. Chairman Michael Kenyon will assume the role of interim CEO and Alex Morrison will assume the role of chairman. Hecla Mining Co., with headquarters in Coeur d’Alene, Idaho, has promoted Larry Radford from senior VP operations to chief operating officer. He joined Hecla in 2011 having worked with major gold producers in the United States, Chile, Brazil and Australia. Peter Marrone has accepted an invitation from Leagold Mining Corp. of Vancouver to join its board of directors. He is also the chairman and CEO of Yamana Gold that has a 20.5% ownership share of Leagold. Moneta Porcupines Mines has changed the titles of its executive team. Gary V. O’Connor has been named CEO and chief geologist. Ian C. Peres has been named president and CFO. Warren Bates has stepped down as CFO but will continue to sit on the board.