Australia’s Newcrest Mining (ASX: NCM; TSX: NCM) has entered into an agreement to acquire all outstanding common shares of Pretium Resources (TSX: […]
By Amanda Stutt November 9, 2021 At 9:57 am 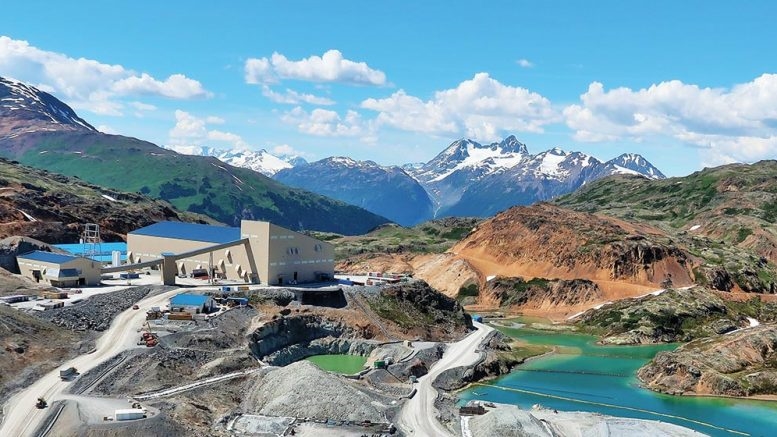 Site of the Brucejack gold mine. Credit: Pretium Resources.

Australia’s Newcrest Mining (ASX: NCM; TSX: NCM) has entered into an agreement to acquire all outstanding common shares of Pretium Resources (TSX: PVG; NYSE: PVG) it does not already own in a deal that values the Canadian miner at $2.8 billion.

Pretium’s board of directors has unanimously recommended shareholders vote in favour of the transaction and have entered into voting support agreements with respect to all of the Pretium shares that they control. Pretium is the owner of the Brucejack gold operation in the highly prospective Golden Triangle region of British Columbia.

The company said it had received assays for the first nine drill holes, eight of which intersected gold with a highlight of 53.5 metres grading 72.5 g/t gold, including 0.5 metre grading 6,700 g/t gold and 3,990 g/t silver.

Brucejack began commercial production in July 2017 and is one of the highest grade operating gold mines in the world. Pretium’s technical report of March 9, 2020, estimated gold production of 311,000 oz. per annum at an all-in sustaining cost of US$743 per oz. of gold over a projected 13-year mine life.

Brucejack and surrounding tenements are within the traditional territories asserted by the Tsetsaut Skii km Lax Ha (TSKLH) and Tahltan Nation, and in the Nass Area of Nisga’a Nation as defined in the Nisga’a final agreement.

Brucejack is approximately 140 km from Newcrest’s majority owned and operated Red Chris mine, located on Tahltan territory. Newcrest will become the operator and 100% owner of Brucejack following completion of the transaction, which is currently targeted for Q1 of calendar 2022.

“We are delighted to be expanding our presence in this highly prospective region in British Columbia. Brucejack is a Tier 1 mine in a Tier 1 jurisdiction and will deliver immediate production, free cash flow and earnings diversification to Newcrest and will fit seamlessly into our long-life, low-cost portfolio,” Newcrest CEO Sandeep Biswas said in a media release.

“The combination of Newcrest and Pretium will create the leading gold miner in British Columbia’s Golden Triangle, operating both the Brucejack and Red Chris mines,” Biswas said.