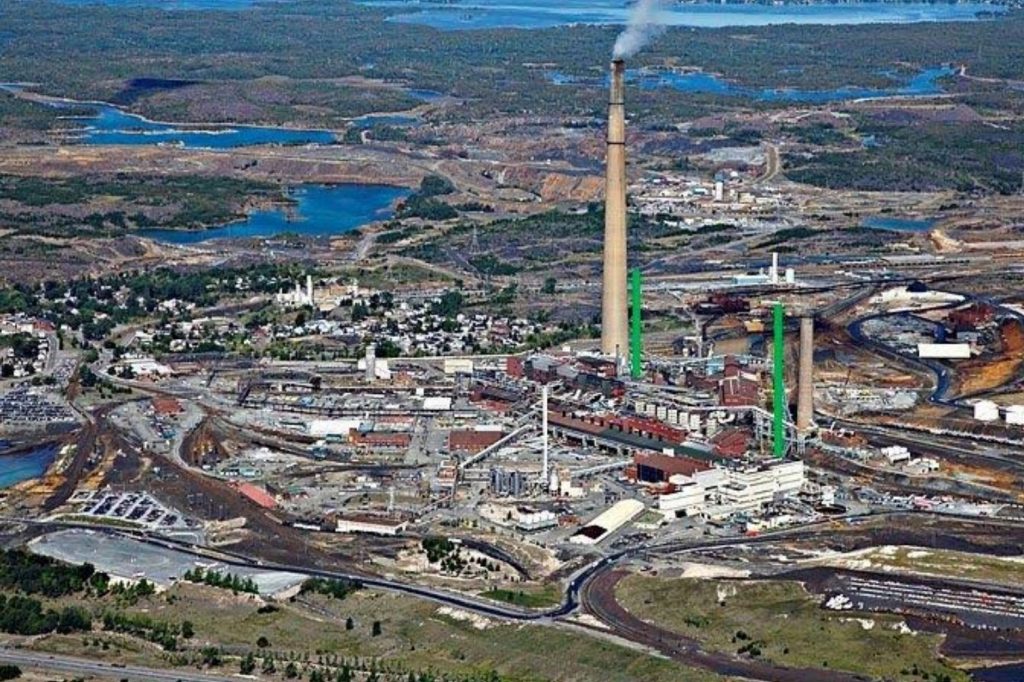 The famous Superstack above the Copper Cliff smelter will be decommissioned in 2020 and replaced by a pair of more efficient, 137-metre stacks. (Image: Vale Canada) The famous Superstack above the Copper Cliff smelter will be decommissioned in 2020 and replaced by a pair of more efficient, 137-metre stacks. (Image: Vale Canada)[/caption] ONTARIO – Just in time for World Environmental Day on June 5, Vale Canada announced its Clean AER (atmospheric emissions reduction) project is coming to an end in Sudbury. The new wet gas cleaning plant has been commissioned and is capturing process gases and sulphur dioxide emissions that used to rise through the Superstack. In fact, the Superstack will soon cease to be a feature of the Sudbury skyline. It will be razed and replaced with a pair of new 137-metre stacks are emerging from the Copper Cliff smelter complex. The shells of the two new stacks will be completed late this summer. Steel liners will be installed in 2019, making them operational. Vale began construction for the Clean AER project in 2012. When fully commissioned in September this year, the project will reduce current sulphur dioxide emissions by 85% and metal particulate emissions by 40%. The two new stacks will be much more energy efficient than the Superstack, cutting greenhouse gas emissions from the smelter by about 40%. Decommissioning the Superstack will also reduce natural gas consumption by almost half. Learn more about Vale in Canada at www.Vale.com/Canada.