Nutrien (TSX, NYSE: NTR), the world’s largest potash miner, sees supply shortages of fertilizer getting worse due to the ongoing and escalating Russian […]
By MINING.COM Staff March 2, 2022 At 2:56 pm 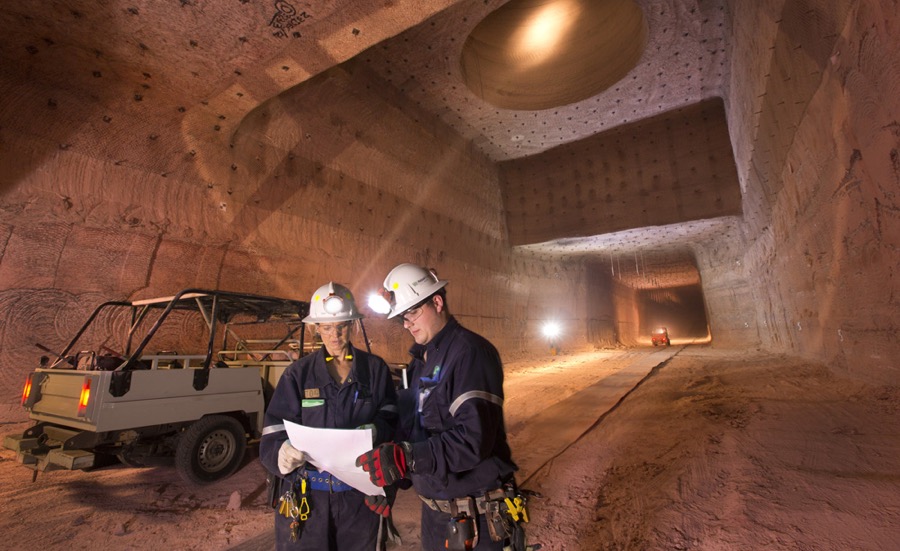 Nutrien (TSX, NYSE: NTR), the world’s largest potash miner, sees supply shortages of fertilizer getting worse due to the ongoing and escalating Russian invasion of Ukraine, two of the world’s top fertilizer producers.

Interim chief executive Ken Seitz, who took the helm in January after the sudden resignation of Mayo Schmidt, told a BMO Capital conference that Russia’s invasion could result in prolonged disruptions to the global supply of potash and nitrogen crop nutrients.

The executive said Nutrien was ready to increase potash production if it sees sustained supply problems in Russia and Belarus, the world’s second- and third-largest potash producing countries after Canada.

Nutrien has said it expects to sell as much as 14.3 million tonnes of potash this year, its most ever, and Seitz said the company plans to run its plants “flat out” as it braces for exports interruptions and plant closures from Russia.

Global spot prices for potash hit a 13-year high of around US$650 per tonne in December, after a spike in crop prices and a demand recovery this year. The record price for the fertilizer was set in 2008 when supply deals were signed at around US$800 per tonne.

Europe relies on Russia for about a quarter of its oil and more than a third of its gas, with many of those shipments flowing through pipelines crossing Ukraine.

“This could, in our view, see Nutrien reach the high end of 10.8 million tonnes to 11.3 million tonnes 2022 nitrogen volume guidance,” Jackson wrote.

Further disruptions could leave Europe freezing in the winter and curb the continent’s electricity production, forcing energy-intensive industries such as metals smelters and fertilizer makers to slow or shut down output.