The Ontario government has formally recognized that an aluminium and aluminium oxide powder called McIntyre powder, which many Ontario miners were required […]
By Northern Miner Staff February 8, 2022 At 2:34 pm 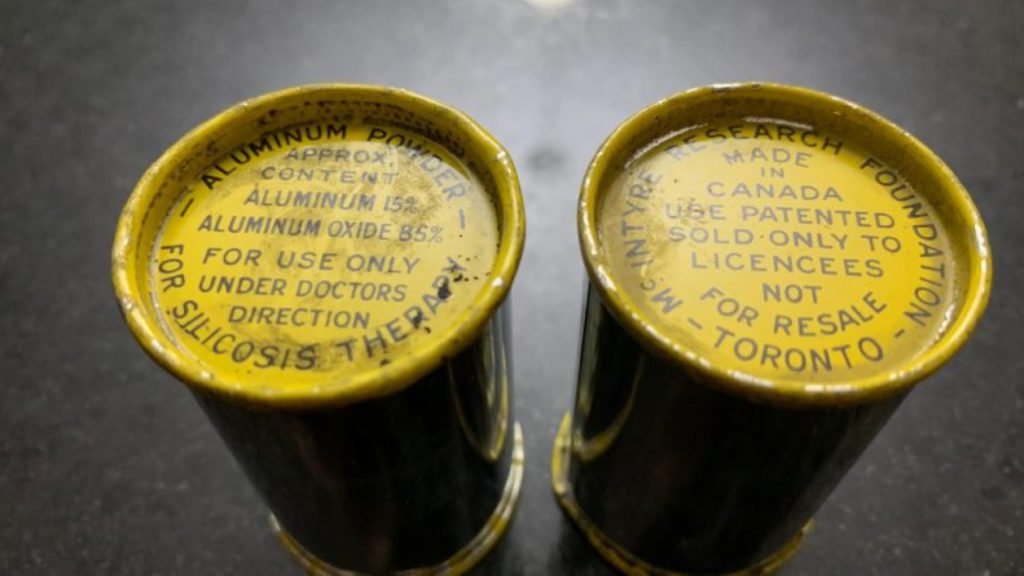 The Ontario government has formally recognized that an aluminium and aluminium oxide powder called McIntyre powder, which many Ontario miners were required to inhale as a preventive step against silicotic lung disease from 1943 to 1979, is associated with developing Parkinson’s disease.

Earlier this month the government amended a regulation under its Workplace Safety and Insurance Act to recognize the link, a move that would “guarantee compensation for workers” who were exposed to the powder and developed the brain disorder, it said.

Activist Janice Martell who founded the McIntyre powder project in 2015 and has been spreading awareness about the health issues it caused miners exposed to the powder, told The Northern Miner that this was the first occupational disease listed in the Act since 1994.

“This announcement … came as a surprise so it took a while before the significance of this settled in on me,” said Martell, whose father Jim Hobbs was diagnosed with Parkinson’s in 2001 after he was exposed to the powder in 1978 while working as a miner at Rio Algom’s Quirke 2 mine in Elliot Lake.