Osisko Metals (TSXV:OM; OTC:OMZNF) is planning to raise $10 million through a bought deal private placement to fund the exploration of its […]
By Jackson Chen May 16, 2022 At 3:06 pm

Osisko Metals (TSXV:OM; OTC:OMZNF) is planning to raise $10 million through a bought deal private placement to fund the exploration of its Pine Point zinc project and newly acquired Gaspé copper project. The financing, involving a syndicate of underwriters led by Eight Capital, comprises the placement of approximately 14.82 million flow-through units of the company at a price of $0.54 per unit and 4 million flow-through shares priced at $0.50 each.

Each unit offered consists of one flow-through common share and one-half of a common share purchase warrant that is exercisable at $0.57 per share for each whole warrant, for a period of 60 months from the offering closing date.

This private placement follows up on Osisko's financing earlier this year with Osisko Gold Royalties, which saw the company raise $6.5 million in exchange for a further 1% net smelter returns granted on the Pine Point project.

Pine Point is a zinc and lead mine project located on the south shore of Great Slave Lake in Northwest Territories. Osisko is currently in the midst of updating the project's preliminary economic assessment by upgrading the resources through infill drilling.

The most recent PEA published in July 2020 defined Pine Point as an 11,250 t/d open pit and underground operation with a mine life of 10 years, during which it would produce an average of 327 million lb. of zinc and 143 million lb. of lead annually.

The Gaspé project is a former-producing copper mine recently optioned from Glencore, located near Murdochville, Que. The company recently released an initial inferred resource estimate for the Mount Copper deposit at the project, using data from historical drilling completed between the 1960s and 2019.

More details on the company's two projects can be found at www.OsiskoMetals.com. 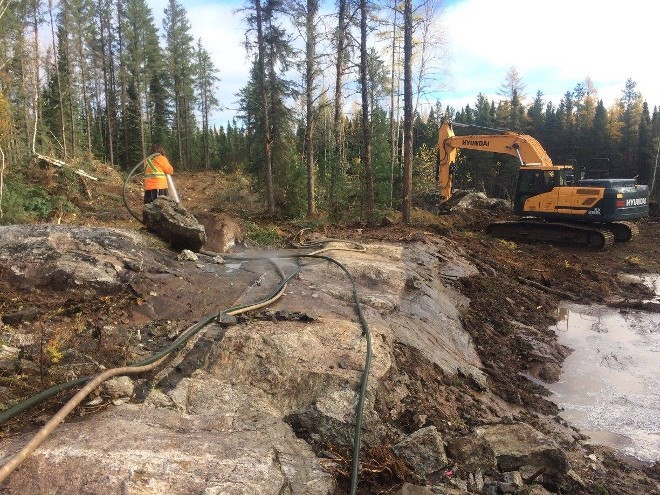