Osisko Metals has released assay results for four holes completed at the Central zone, around the O53 deposit, within its past-producing Pine […]
By Magda Gardner October 5, 2020 At 11:45 am 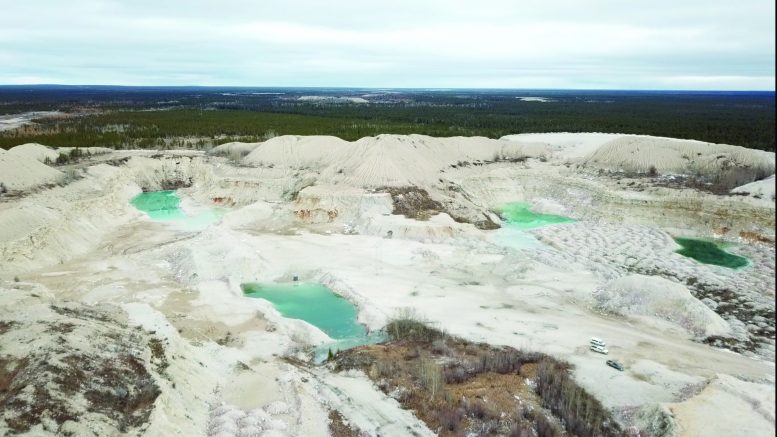 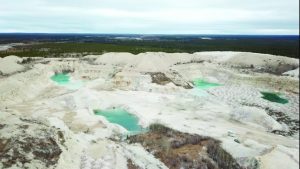 Pine Point property Credit: Osisko Metals[/caption] Osisko Metals has released assay results for four holes completed at the Central zone, around the O53 deposit, within its past-producing Pine Point zinc and lead project in the Northwest Territories. The drillholes, which returned high-grade intercepts from areas outside of the current pit-constrained resource model, were designed to determine the vertical extent of the mineralization in the core of the O53 deposit. The drill highlights include 17.5 metres of 2.52% lead and 11.53% zinc starting at 28.5 metres; 3 metres of 0.61% lead and 8.45% zinc from 53.5 metres; and 28.8 metres of 6.24% lead and 23.9% zinc starting at 22.1 metres. According to Osisko, the 28.8-metre intercept has extended high-grade mineralization by 10 metres below the currently modelled pit boundary. Results from the hole returning the 3-metre interval above also suggest mineralization 135 metres west of the O53 deposit and indicate “potential for a new tabular deposit extending westward at shallow depths.” The current resource model has defined the O53 deposit over 313 metres of strike, down to a maximum depth of 63 metres and over an average width of 50 metres. In a release, Jeff Hussey, Osisko Metals’ president and COO, noted how these most recent results include “impressive high-grade intersections from the O53 prismatic deposit as well as extension(s) of mineralization, indicating new high-grade mineralization.” Hussey also added that assays for additional holes completed around O53 are pending. The company has also defined regional targets around 10 additional existing deposits at the project, as well as targets based on individual historical mineralized holes and areas defined through geophysics. “There is ample potential for new discoveries and continued expansion of resources across the entire Pine Point project,” Hussey concluded. Drilling is ongoing at the 466-sq.-km project. This work is currently focused on expanding high-grade mineralization in the Central and East Mill zones at Pine Point. Osisko has also started geophysical surveys, targeting high-priority areas. Osisko’s Pine Point features 12.9 million indicated tonnes at 4.56% zinc and 1.73% lead (6.29% zinc-equivalent) with additional inferred resources of 37.6 million tonnes at 4.89% zinc and 1.91% lead (6.8% zinc-equivalent). According to the company, 80% of these resources are pit-constrained. In June, the company released a preliminary economic assessment for the property, which outlined an 11,250 t/d open-pit and underground operation, mining 47 small open pits and eight high-grade shallow underground deposits. Pine Point previously produced 64 million tonnes grading 7% zinc and 3.1% lead between 1964 and 1987. For more information, visit www.OsiskoMetals.com.