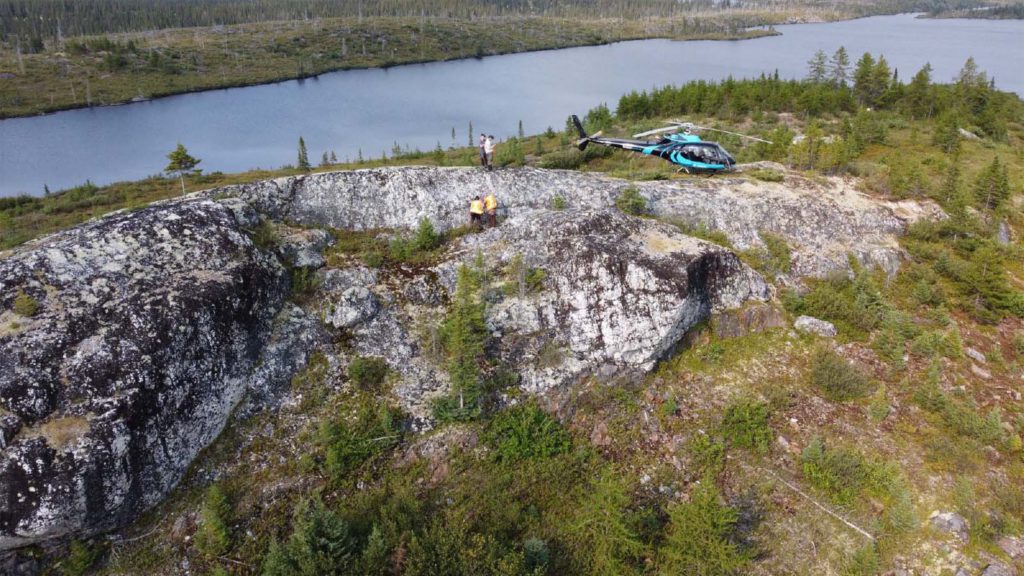 The latest update contains core assay results for 14 additional drill holes targeting mineralization at the currently defined CV5 pegmatite. The highlight was drill hole CV22-083, which returned the strongest interval to date at the CV5 pegmatite with 156.9 metres at 2.12% Li2O, including 25 metres at 5.04% Li2O or 5 metres at 6.36% Li2O.

The drill hole extended the mineralization eastwardly and is interpreted by Patriot to have intersected part of a large, high-grade zone within the overall pegmatite that has been defined by several earlier drill holes over a strike length of at least 250 metres.

“It is hard to find words to adequately describe the impressive nature of the lithium mineralization in drill hole CV22-083. Visual estimates of spodumene abundance may give you a sense, but assays are the true measure and have certainly astounded with this hole," Darren Smith, VP exploration of the company, said in a news release.

"As we move east, we are defining a significant high-grade zone at a coarse drill spacing of 50 to 100 metres. The recently commenced winter drill program will continue to probe and delineate this area ahead of an initial mineral resource estimate planned for the first half of 2023," he added.

The spodumene mineralization at the CV5 pegmatite has now been traced over a strike length of at least 2,200 metres through the 2021 and 2022 drill programs. It remains open along strike at both ends and to depth along most of the pegmatite’s length.

CV5 represents part of the core area at the emerging spodumene pegmatite district known as the CV lithium trend discovered by Patriot in 2017. The CV trend spans more than 25 km across the company's Corvette property located within the La Grande greenstone belt. Including CV5, there are currently six distinct clusters of lithium pegmatite discovered across the property.

Given the proximity of some pegmatite outcrops to each other, as well as the shallow till cover in the area, it is probable that some of the outcrops may reflect a discontinuous surface exposure of a single, larger pegmatite outcrop subsurface, Patriot says.

Shares of Patriot Battery Metals soared 21.9% by 12:15 p.m. ET Thursday, a day after releasing the new drill results, taking its market capitalization to just over the $1 billion mark.

THIS ARTCLE WAS WRITTEN FOR MINING.COM