Restart of Renard diamond mine planned for September

Operations at the Renard diamond mine in Quebec will be restarted this month, after a six-month suspension, Osisko Gold Royalties has announced. […]
By Alisha Hiyate September 14, 2020 At 12:25 pm 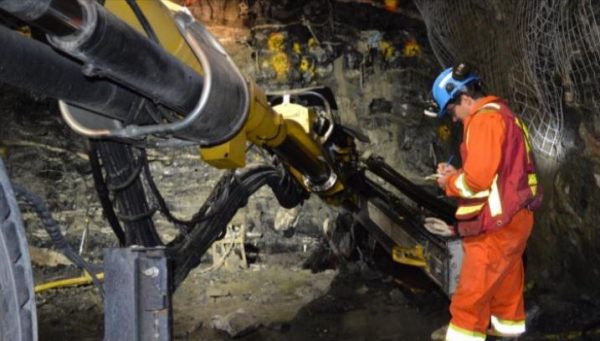 Underground mining at the Renard diamond mine in Quebec. Credit: Stornoway Diamond

Underground mining at the Renard diamond mine in Quebec. Credit: Stornoway Diamond[/caption] Operations at the Renard diamond mine in Quebec will be restarted this month, after a six-month suspension, Osisko Gold Royalties has announced. The September restart follows a thorough review of operations and the approval of a plan to reduce costs by $30 million over the next 16 months. The mine, operated by Stornoway Diamonds, has been on care and maintenance since the Quebec government mandated a temporary suspension of mining operations in March in response to the COVID-19 pandemic. Even after Quebec mines were allowed to restart, Renard remained on care and maintenance because of a collapse in the global diamond trade and diamond prices related to the pandemic. The mine is Quebec's first and only diamond producer, and achieved commercial production in January 2017. The restart plan includes an investment of up to $30 million in Renard via a senior secured working capital facility. Osisko will provide up to $7.5 million of the total amount, with other shareholders providing the remainder. Stornoway won't need to immediately access the facility, which is intended to provide financial flexibility to operate in a “challenging” diamond market, as it currently has $10 million in cash and 332,000 carats of unsold diamond inventory. Osisko notes that while the diamond market continues to be challenging, structural impediments to diamond sales are easing and demand and pricing have started to improve for some goods. “The Stornoway team has shown an ability to operate the Renard mine efficiently and the near-term cost reductions will further help improve profitability,” said Osisko chair and CEO Sean Roosen in a release. “We feel there is significant value in the Renard mine given the scarcity of diamond mines globally and the approximately $1 billion of well-built infrastructure. We look forward to our partners at Stornoway putting Renard back into production.” Osisko and the mine's others creditors acquired Stornoway in November 2019, after the company ran out of working capital and filed for creditor protection. Osisko now owns 35.1% of the restructured, delisted company, and also holds a 9.6% diamond stream on Renard production. As part of the restructuring, the current shareholders and streamers have agreed to continue deferring payments until April 2022. Stornoway is owned by Diaquem, Osisko Gold Royalties, TF R&S Canada, and Caisse de dépôt et placement (CDPQ) Ressources. For more information, visit osiskogr.com or stornowaydiamonds.com.