Robert Friedland opens Remote Roundup: ‘In our world, the geologists are the gods’

The Association for Mineral Exploration opened up its Remote Roundup – its first virtual conference in the event’s 38-year history – with […]
By Alisha Hiyate January 18, 2021 At 2:39 pm 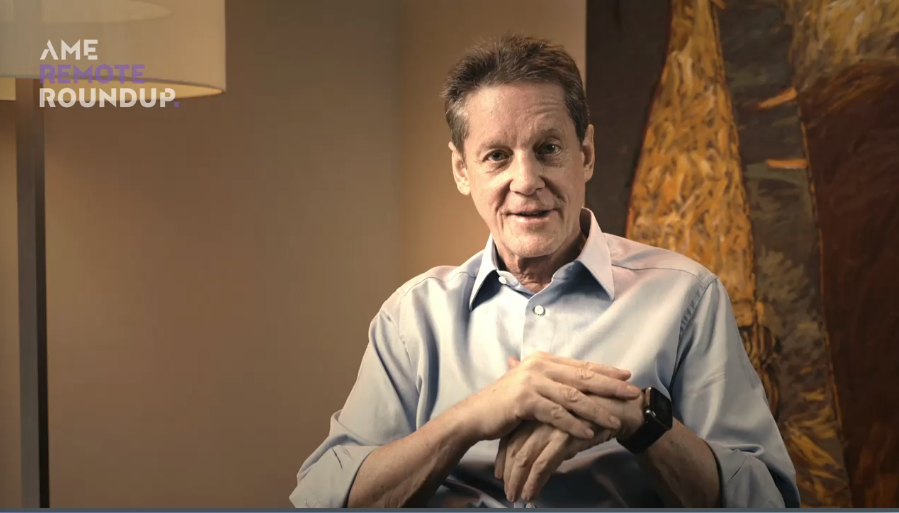 The Association for Mineral Exploration opened up its Remote Roundup – its first virtual conference in the event's 38-year history – with special guest speakers that included a keynote talk from Robert Friedland, founder and executive co-chairman of Ivanhoe Mines.

Speaking from Singapore, where the mining entrepreneur (and previously frequent traveller) noted he has been “stuck” for the past 10 months, Friedland's address touched on a number of hot topics, including ESG, increasing demand for battery minerals for the green economy, and the importance of junior mining companies.

Starting with the current state of affairs for miners, Friedland noted that investors have largely abandoned mining and flocked to the tech space, notably investments in broadband internet, the cloud, and other disruptive technologies over the the past 20 years.

“The mining industry has been down for such a long time that most participants forgot what 'up' looks like,” he quipped.

But Friedland said miners would soon have their "revenge," noting that many disruptive technologies heavily rely on metals. He added that now that the world has gone through the “profound shock” of Covid-19, people are realizing that there will be huge demand for certain metals in a post-Covid world. “This begins the era of the revenge of the miner.”

At the heart of his optimism for the mining industry is the belief that governments and businesses are only at the beginning of their investments in the green economy and electrification. Friedland said he expects that focus to intensify between 2023-2025 and involve between $50 trillion and $100 trillion in investment.

(Ivanhoe's Kamoa-Kakula copper joint venture with China's Zijin Mining Group in the Democratic Republic of the Congo is expected to help support the green economy shift, with production of first concentrate expected in the third quarter of 2021.)

Just as in drug R&D, where a junior company develops a new product and then sells it to, or partners with a larger company (like BioNTech's partnership with Pfizer on their Covid-19 vaccine), Friedland said that juniors are where all the ideas come from.

“It's a deepest honour to talk to explorationists, because in our world, the geologists are the gods,” he said. “In our world, that's where it all comes from. There's more wealth created in the discovery than sitting there tweaking those little dials for 40 years and actually mining.”

While the investment in a green economy will bring huge opportunities for mining, there are also many challenges, namely environmental, social and governance (ESG).

“The countervailing pressure to meet very high ESG standards in mining is going to make the whole enterprise even more interesting and difficult to do properly," he said. "So, welcome to the new world: The situation is hopeless, but it's not serious for the miners. It is possible to mine responsibly, in a better way, and we as an industry have to find a way to do that.”

He added that the face of the industry that will solve these issues is changing.

One technological advancement that will aid in the development of a greener economy is blockchain technology. It has the ability to revolutionize and modernize markets, allowing different prices for carbon-intensive metals and emissions-free production.

For example, he said green copper being produced with hydroelectric power close to its end market will trade at a huge premium to an automaker who wants to disclose to the consumer the downstream costs of making that car.

“What will be the impact of that car, cradle to grave, womb to tomb, or sperm to germ – the whole cycle is being analyzed. In a circular economy, mining has to reinvent itself as being part of that cycle and that means differential pricing and smarter markets.”

Friedland, who is also the chairman and CEO of private company High Power Exploration, which is developing better geophysical exploration tools, discussed advances in mineral exploration technology that are lowering the impact of mineral exploration, and touched on the potential for mining in the United States, which he described as underexplored and eager to revive domestic production of metals.

The Remote Roundup continues through Jan. 22. Register at: https://roundup.amebc.ca/registration-info/.