SPC Nickel (TSXV:SPC) announced Monday it has entered into a cooperation agreement with Vale Canada that will see the company consolidate the West Graham and […]
By Jackson Chen January 24, 2023 At 12:24 pm 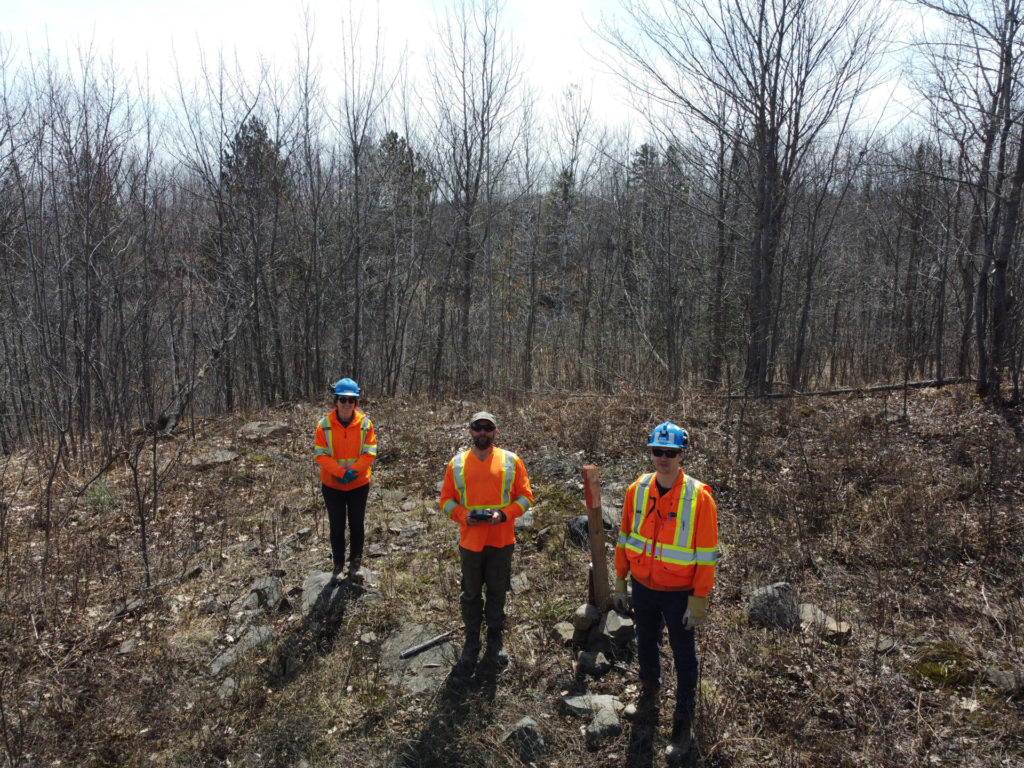 SPC Nickel (TSXV:SPC) announced Monday it has entered into a cooperation agreement with Vale Canada that will see the company consolidate the West Graham and Crean Hill 3 nickel-copper deposits located in the Sudbury mining camp into a single property.

The West Graham deposit occurs on SPC's 100% owned Lockerby East property, which also hosts the past-producing Lockerby East mine. The latest agreement would grant the company the right to acquire an 100% interest in the adjacent Crean Hill 3 property currently held by Vale.

These grades, according to SPC, have economic potential in the context of the Sudbury mining camp, as the deposit is located very near to surface and may be amenable to low-cost open pit mining.

The deposit is characterized by a broad zone of blebby to semi-massive sulphide that ranges from 1.7 to 66 metres thick and strikes for 350 metres, with a dip extent of up to 533 metres. Within the larger resource, a distinct zone of higher-grade mineralization grading approximately 1% nickel equivalent is present.

The company recently completed an 18 hole, 5,200-metre drill program which has expanded the extents of the high-grade mineralized zone within the West Graham deposit while also adding confidence in the continuity of the resource. Results from this drilling campaign include 82.6 metres grading 0.68% nickel equivelent.

At the contiguous Crean Hill 3 property, historic drilling by Vale (formerly Inco) between 1958 and 1960 returned mineralized intersections of similar thickness and grade compared to the West Graham deposit. Drilling highlights include 44.48 metres grading 0.60% nickel and 0.27% copper from 436.89 metres, including 2.29% nickel and 0.30% copper over 4.42 metres.

Preliminary modelling of historic drill intersections suggests that the mineralized zone hosted on the Crean Hill 3 property extends from the SPC-Vale property boundary to the west for over 600 metres. Mineralized surface outcrops, interpreted to represent the up-dip extension of the West Graham deposit, outcrop along the exposed contact of the Sudbury basin. Mineralized grab samples with values of up to 1.56% nickel and 1.21% copper were collected by the company on the Crean Hill 3 property.

SPC believes that the West Graham and Crean Hill 3 deposits constitute the eastern and western contiguous portions of a large near-surface nickel-copper sulphide deposit at the base of the Sudbury igneous complex. The properties are located adjacent to the past-producing Lockerby and Crean Hill mines, approximately 20 km southwest of of Sudbury, Ontario, and Vale's Clarabelle mill.

Pursuant to the Vale cooperation agreement, the company can now earn an 100% interest in the Crean Hill 3 property from surface down to an elevation of 264.3 metres below mean sea level (a total of 550 vertical metres) upon delivering a feasibility study for the project by the deadline of June 30, 2026, and paying Vale $1 million at the deadline.

Upon earning its 100% interest in Crean Hill 3 property, SPC will grant Vale certain rights and royalties over the combined project, including a 1% net smelter return royalty and a net profits royalty of 37%. Vale will also retain a right of first refusal over the sale of the project as well as ore/concentrates produced from the project.

"With the addition of the Crean Hill 3 property, we see a path for SPC Nickel to significantly grow the West Graham deposit into a high-quality nickel-copper asset in one of the top nickel mining camps in the world," SPC Nickel's CEO Grant Mourre commented.

The Sudbury mining camp is considered the largest nickel camp in the world with over 130 years of continuous production. Since the discovery of the original ore deposits, over 11.1 million tonnes of nickeland 10.8 million tonnes of copper, together with byproducts of cobalt, silver, gold and platinum group elements have been mined from the Sudbury deposits.

"Our recently completed drill program at West Graham has provided the technical team with a firm understanding of the types of mineralization we expect to define on the Crean Hill 3 property and, more importantly, the controls on mineralization that we expect to guide us to higher-grade opportunities across the combined project," Mourre added.

Shares of SPC Nickel were up 20% by market close Monday, giving the company a market capitalization of $15 million.