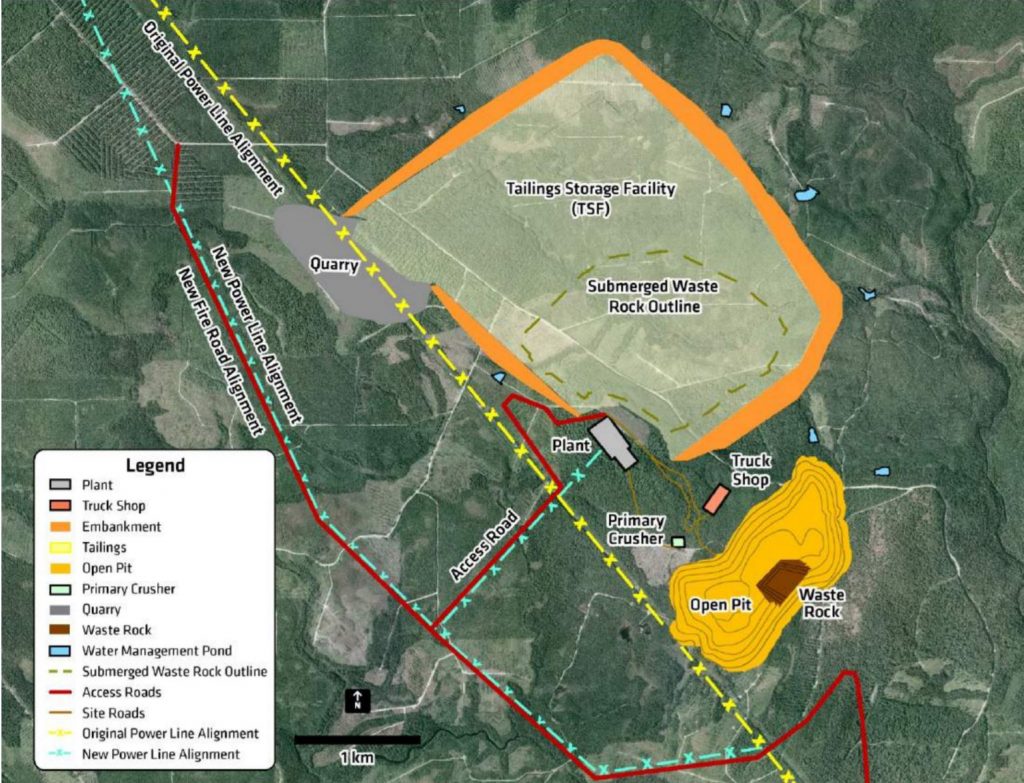 Proposed site infrastructure for the Scisson tungsten-molybdenum project. (Image: Northcliff Resources)[/caption] NEW BRUNSWICK – Vancouver-based Northcliff Resources says the final federal authorization has been received for the Scisson tungsten-molybdenum project 60 km northwest of Fredericton. Environmental approvals were given in 2015 and 2017 for the project. Mining, crown lease, construction and operating permits are to be filed in 2019. The Scisson project is operated and 88.5% owned by Northcliff. Its 11.5% partner in is New Zealand company Todd Minerals. Northcliff hopes to make a positive development decision for Scisson this year or next following offtake discussions that are currently underway. The project is not yet fully funded. An open pit mine with a 25-year life is proposed. The 2013 feasibility study is to be updated in 2019. Additional information on Northcliff is available at www.NorthcliffResources.com.