Canada’s Lucara Diamond (TSX: LUC) has found a 62.7 carat fancy pink diamond at its prolific Karowe mine in Botswana, which has been named “Boitumelo” meaning […]
By Cecilia Jamasmie July 14, 2021 At 2:20 pm 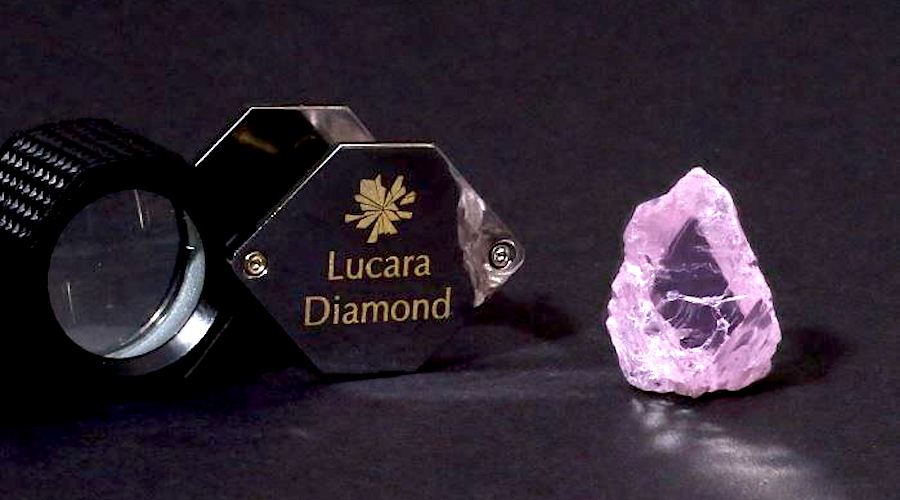 Canada’s Lucara Diamond (TSX: LUC) has found a 62.7 carat fancy pink diamond at its prolific Karowe mine in Botswana, which has been named "Boitumelo" meaning "Joy" in Setswana, the national and majority language.

The rock, Botswana’s largest fancy pink diamond yet, weighs 62.7 carats and measures 26x17x16mm. Described as a high-quality, fancy pink, Type IIa gem, it is also one of the world’s largest rough of that colour on record.

Lucara recovered as well a “superb”, 22.21 carat fancy pink gem of similar quality during the same production period along with two additional pink gems of comparable colour and purity, weighing 11.17, and 5.05 carats.

All the rocks were recovered from direct milling of ore sourced from Karowe’s EM/PK(S) unit of the South Lobe. That’s the same area of the mine that has yielded the impressive 1,758 carat Sewelô and 1,109 carat Lesedi La Rona.

"Lucara is delighted to announce another historic diamond with the recovery of the Boitumelo, and very pleased to demonstrate the continued potential for large, coloured diamonds from the South Lobe production,” chief executive Eira Thomas said in the statement.

Year to date, Karowe has produced 17 diamonds greater than 100-carats, including five over 300-carats. Several of them were recovered from the EM/PK(S), which forms a key economic driver for the proposed $514 million underground expansion of Karowe, Thomas noted.

Earlier this week, the Vancouver-based miner locked in a $200 million debt package that would help fund the five-year project.

Karowe remains one of the highest-margin diamond mines in the world, producing an average of 300,000 high-value carats each year.