Wyloo tops BHP bid for Noront with $1.10 per share offer

It seems the struggle between Wyloo Metals and BHP (NYSE: BHP) over control of Canadian junior Noront Resources (TSXV: NOT) is not […]
By Canadian Mining Journal Staff December 13, 2021 At 1:24 pm 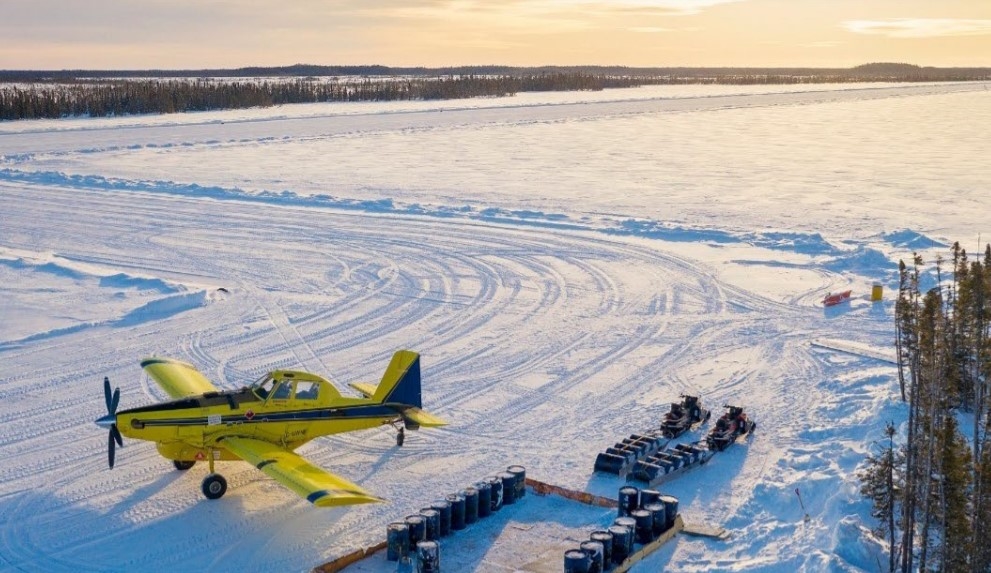 The fate of a road into the Ring of Fire is hotly debated, meanwhile its mineral deposits remain accessible by air. Credit: Noront Resources.

It seems the struggle between Wyloo Metals and BHP (NYSE: BHP) over control of Canadian junior Noront Resources (TSXV: NOT) is not over yet. Wyloo has upped its offer to $1.10 per Noront share, up from its offer of $0.70 made in September.

The prize is Noront’s holdings in Ontario’s Ring of Fire, holdings that include three, 100%-owned advanced exploration projects: the Eagle’s Nest nickel-copper-PGM project; the Blackbird chromite discovery; and the Black Thor chromite project. All these metals are sought after by a world needing to decarbonize.

Also, in the Ring of Fire, Noront holds 100% of the Black Label chromite deposit and 70% (with KWG Resources, 30%) of the Big Daddy chromite deposit. Noront also has plans to build a ferrochrome production plant in Northern Ontario to process its ores when mining begins.

Noront has been in play since late last year. Wyloo bought a 23% stake in Noront in December 2020, and in May 2021, announced it would like to make a takeover bid. In June, Wyloo upped its interest to 37.25% in Noront, but still had not made a formal offer.

In July as the weather warmed, so did the competition for Noront. BHP submitted a takeover bid for Noront, offering $0.55 per share. That valued Noront at $325 million.

Noront urged its shareholders to accept BHP’s offer, but Wyloo did not want to tender its shares. Instead, it accused Noront of refusing to give it access to due diligence more than once. Noront fired a shot over Wyloo’s metaphorical bow, saying it should make a formal offer, which Wyloo finally did in September, naming a price of $0.70 per Noront share.

Noront shifted its stance, telling shareholders Wyloo’s $0.70 per share was acceptable and urging them to tender their shares.

BHP was not done yet. It offered $0.75 per share in October. The Noront board accepted.

The arrangement looked doomed because Wyloo let it be known that its would not tender its 37.25%  interest. BHP and Wyloo began talks to see if something could be worked out between them. While the talks were going on, BHP extended its tender deadline three times.

Then on Dec. 12, BHP announced that talks had ended. No agreement had been reached.

The next day, Dec. 13, Wyloo upped its offer for Noront to $1.10 per share. That is double what BHP initially offered in July.

Wyloo has been quick to point out the superiority of its offer. The $1.10 per share is 47% more than BHP was willing to offer. This for a stock that was trading under $0.75 per share until Wyloo made its latest announcement. At mid-day Monday, Noront’s stock price has jumped up to $1.07.

Wyloo further promised not to support any alternate offers for Noront. It intends to capture the prize. And it offered revitalized leadership for Noront under a new board of directors lead by Australian billionaire Andrew Forrest. Noront shareholders are offered either cash or Wyloo shares.

Looks like the next move is up to Noront and its shareholders, but at press time, the company had made no comment.

An earlier version of the story contained an error about Wyloo's refusal to support alternate offers for Noront. It has since been corrected.

UPDATE: Noront acknowledged the receipt of Wyloo's bid, and agreed on Dec. 14, 2021 agreed to negociate with Wyloo..