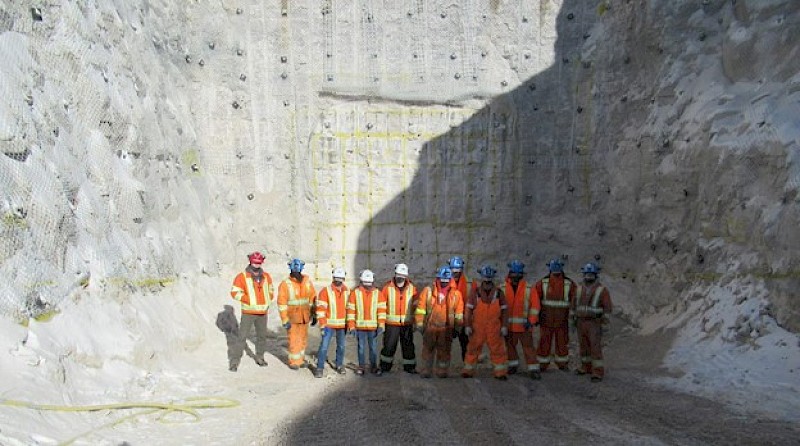 Following the receipt of initial permits for an exploration decline at its McIlvenna Bay project in Saskatchewan last month, Foran Mining (TSXV: FOM; OTC: FMCXF) has now completed work on the boxcut, ground support, as well as the blasting and excavation of the first 10 metres of planned advancement.

Construction and placement of the ore and waste pad are 95% complete, while development of the containment pond is 40% complete. Both are expected to be completed by the end of April.

Foran has also re-energized the 1.2-MW existing distribution line and commissioned a temporary workshop that will support the ongoing exploration decline program.

"The next two months are expected to focus on completion of the ore and waste pad, the containment pond, and advancement of the decline as we target the extraction of a bulk sample in the second half of 2022," the company stated.

McIlvenna Bay's exploration decline is expected to be approximately 1,475 metres in length, down to a depth of about 90 metres below surface. Approximately 850 metres of ramp development is required to access the deposit, where a single 100-metre cross-cut will be developed into the hanging wall to facilitate bulk sample collection. The remaining development metres are attributable to a planned exploration drift.

Foran expects to mine a 4,400-tonne bulk sample that will be used to confirm metallurgical testwork and further optimize processing design. The sample will also provide the opportunity to complete ore sorting test-work and verify characterizations of mill tailings product to accurately define long-term dry stack tailings management requirements. Underground mapping and drilling will also be conducted to improve the company's knowledge of the deposit.

In late February, Foran published a feasibility study (FS) on the expanded and re-scoped initial mine plan for McIlvenna Bay, highlighting a robust, long-life operation with average annual production of 72.8 million lb. copper-equivalent over the first 15 years of mine life.

More information, including a newly updated project photo gallery, is available at www.foranmining.com.