Metal Energy (TSXV: MERG) is a newly listed exploration and development company looking for nickel, copper, and platinum group elements (PGE) in Canada. […]
By Northern Miner Staff February 24, 2022 At 11:16 am 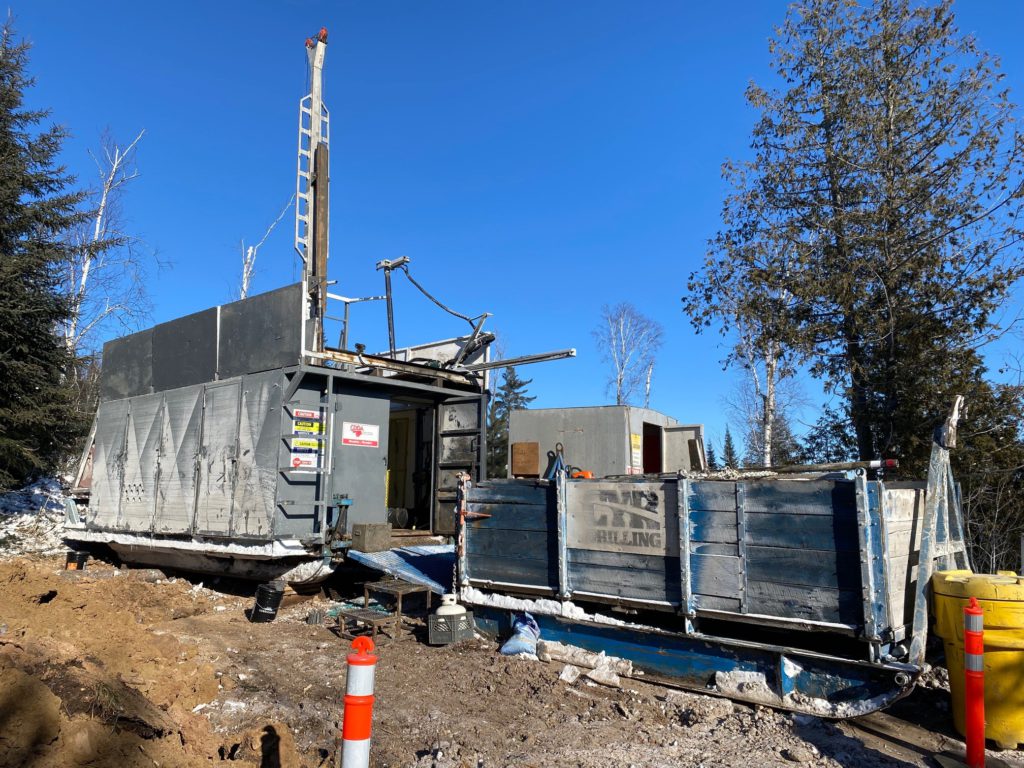 Metal Energy is focused on advancing its flagship Manibridge project in central Manitoba, about 20 km south of Wabowden and 640 km north of Winnipeg.

The 4,368-hectare project contains the past-producing Manibridge underground nickel mine. Discovered by Falconbridge Nickel Mines Ltd. in 1963, the mine produced 1.3 million tonnes of high-grade ore grading 2.55% nickel and 0.3% copper from 1971 to 1977.

“The past-producing Manibridge mine was last operated in the 1970s in a significantly lower nickel price environment than today. Given the current nickel price growth and the demand for nickel set to soar as the world moves to electrified transportation systems and energy networks, we believe the project has the potential to be a bulk tonnage open-pit mining operation.”

Falconbridge also discovered the North Manibridge zone, a 400-metre long zone of nickel mineralization, about three km ‎northeast of the mine. Drilling on the zone by CanAlaska Uranium (TSXV: CVV) in 2019 sought to expand the mineralization along strike and up dip.

Sykes says these drill results suggest multiple systems of high-grade nickel mineralization have already been discovered within the project area. Based on this previous drilling and the old mine workings, he said Metal Energy now plans to conduct an initial seven-hole (3,000 metre) diamond drill program on the project, slated to start in early March.

“For the moment, we want to focus on where most of the drilling has previously been done and where we think there is potential for high tonnage nickel mineralisation.”

The initial drill program, Sykes said, will target favourable historic exploration drill results within a one km strike length northeast and southwest of the mine, with the aim of intersecting untested high-grade nickel shoots previously identified.

The drilling “will provide us with modern exploration data to better understand the high-grade nickel mineralisation in the vicinity of the old mine area,” he added.

The company also plans to conduct a further 10,000 metres of drilling and a property-wide airborne magnetotellurics geophysical survey. Both are expected to start in the second quarter of this year.

Sykes says he remains positive that Metal Energy “will have sufficient encouraging drill results to start our first resource estimate for Manibridge in the fourth quarter of 2023.”

The company’s other asset is the 11,800-hectare Strange nickel-copper-PGE project in northweste Ontario, 55 km southwest of Thunder Bay. The property lies within the Midcontinent Rift System (MRS), which hosts Lundin Mining’s (TSX: LUN) Eagle mine in Michigan, an approximate 2,000 tonnes per day underground nickel-copper mine, about 150 km southeast of Strange.

Strange has seen two historical drill holes sunk to 250 metres depth and a previous borehole electromagnetic survey identified a highly conductive anomaly about 500-700 metres below surface, which Metal Energy believes is coincident with a strong magnetic anomaly that occurs at the base of the MRS.

“This is our first drilling campaign on the project and for the company as a whole,” he noted. “A technical success for us will be intersecting the right rock types; that is sulphide-rich komatiitic basalts. If successful, the drilling could suggest that Strange is a new region with the potential for district-scale nickel mineralisation, similar to Vale’s Voisey’s Bay mine in northern Labrador.”

Although Metal Energy is a relatively young company, having only listed on the TSX Venture Exchange last November, it has about $7 million in the treasury, which Sykes said, “is sufficient to fund our planned work programs for the year.”

The preceding Joint Venture Article is PROMOTED CONTENT sponsored by METAL ENERGY and produced in co-operation with The Northern Miner. Visit www.metalenergy.ca for more information.