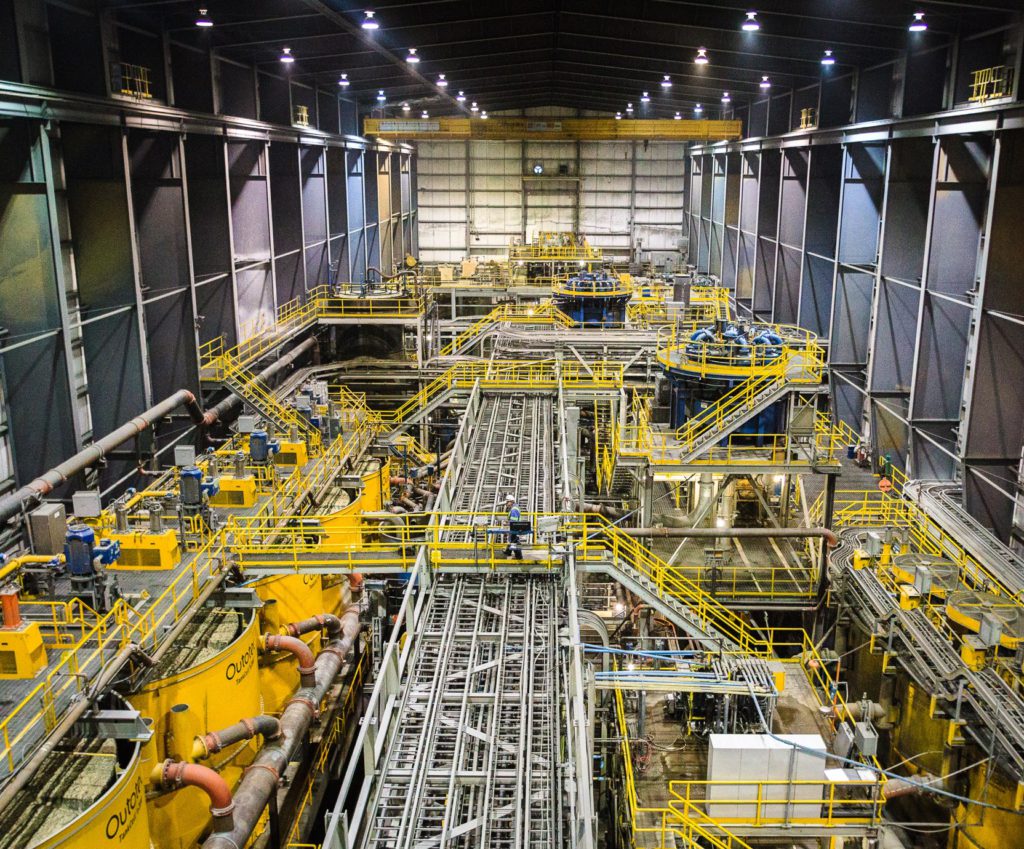 Newcrest Mining (TSX: NCM; ASX: NCM), operator of the Red Chris gold-copper mine, says a just-completed prefeasibility study for underground block caving at the operation confirms its potential to become a world class, long life mine. The study pegs the capital cost of the project, which is 30% owned by Imperial Metals (TSX: III; OTC: IPMLF), at $2.6 billion.

This is the first National Instrument 43-101 report issued by Newcrest on Red Chris since it acquired a 70% interest in the mine in August 2019.

Newcrest managing director and CEO Sandeep Biswas said in a news release that Red Chris has the potential to be a long life, low cost mine capable of producing a total of 5.3 million oz. of gold and 1.7 million tonnes of copper.

Considerable open pit resources remain to be mined. Including stockpiles, these are 300 million measured and indicated tonnes grading 0.28 g/t gold and 0.33% copper, containing 2.7 million oz. of gold and 1 million tonnes of copper.

After taxes, the block cave project has a net present value of $2.3 billion and an internal rate of return of 17%. The estimated capital expenditure is $2.6 billion for underground development, a 12.8-million t/y processing plant, and infrastructure. The project has an expected life of 31 years and will pay for itself after 3.2 years.

The company reported exploration success in the East Ridge zone in September and higher grades southwest of the Main zone, neither of which are included in the current mineral resources. There is also a pipeline of early stage exploration targets at Red Chris and the nearby GJ property.

The block cave project at Red Chris will now move into the feasibility study, due in the second half of 2023. The first production of gold and copper from underground is expected sometime in 2027.

Details of the PFS are posted at www.Newcrest.com.