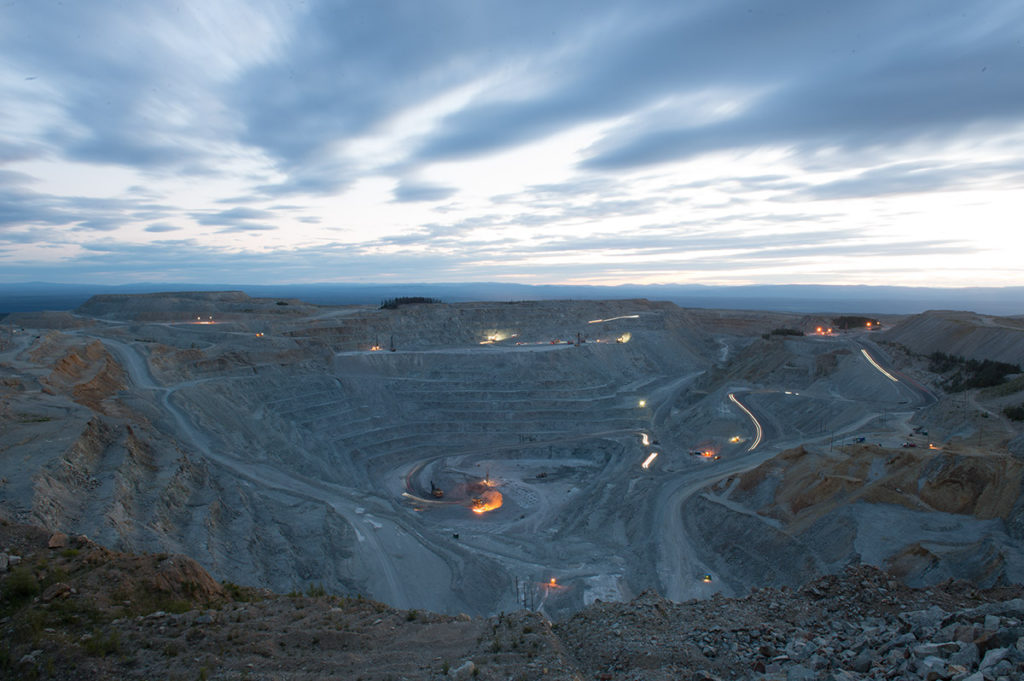 The life of the Gibraltar copper mine has been extended a further 23 years in British Columbia. Credit: Taseko Mines

Taseko Mines (TSX: TKO; NYSE: TGB; LSE: TKO) has upped its proven and probable sulphide reserves by 40% to 640.5 million tonnes grading 0.25% copper and 0.008% molybdenum. The increase allows the company to extend the life of the mine a further 23 years. During that time, the company anticipates producing 3.0 billion lb. copper and 53 million lb. molybdenum.

“Over the last two years there has been a dramatic shift in  the long-term outlook for copper, as the world accelerates the transition to a green economy,” noted Taseko president and CEO Stuart McDonald. “With the improved market outlook, our engineering team updated pit designs which have added 200 million tons [181.5 million tonnes]  of additional reserves to the life of mine plan.”

Taseko is the 75% owner of the Gibraltar mine along with Cariboo Copper, which purchased a 25% interest in March 2010 for $187 million. The mine and mill are located north of the city of Williams Lake, B.C.

Taseko said its share of  the operation has a net present value with an 8% discount of $1.1 billion and a free cash flow of $2.3 million at a long-term price of US$3.50 per lb. copper.

The life-of-mine stripping ratio has increased slightly to 2.4:1, but there is no change to the mine plan over the next five years. Annual production will average about 128 million lb. copper.

In February, Taseko and Williams Lake First Nation renewed their participation and co-operation agreement for the Gibraltar mine.

Taseko’s Florence copper mine in Arizona was recently nominated for two environmental awards. The project is an in situ recovery operation that is not yet in commercial production.

For more information on both Gibraltar and Florence, see www.TasekoMines.com.